Urban Jungle Highline: As the last week of our trip slowly comes to an end, the team was able to get permission to walk between two apartment buildings in downtown Niteroi as part of a Brazilian TV show. This projects was a test of creative rigging in an unfamiliar terrain of concrete structures and constant noise. The rooftop scenery from this line was incredible and represents, for many of us on the Moab Monkeys team, our first urban highline.

18 stories above the concrete abyss

Ezequiel Ruete taking in the noisy exposure of the urban setting

Improvised and creative rigging in the urban environment

Return to Tartaruga: The crew returned to walk Tartaruga Sinistra and we proudly established the first 3 walks of this 47 meter long beast. Many of the local Brazilians gave their best to it and will be returning soon with vengeance in mind.

Scott Rogers getting his send on the longest highline in Brazil, weighing in at 47 meters long and very exposed. 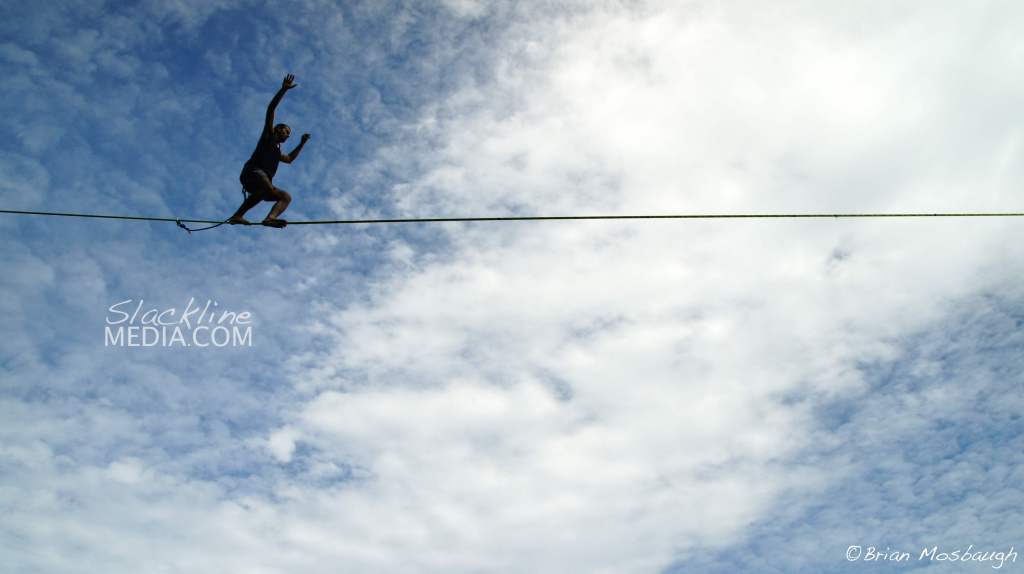 Allan Pinheiro walking amongst the clouds

END_OF_DOCUMENT_TOKEN_TO_BE_REPLACED

Week three in Brazil is coming to an end and the Moab Monkeys met up with “Lucky” Luke Chappell and some other Brazilian BASE jumpers to explore the urban jungle of Rio de Janeiro. This week’s episode includes some building BASE jumping adventures and new highlines above downtown Niteroi. The buildings will go unnamed, as frankly we don’t even know what they’re called. The two highlines shown include the “Sweat Shop,” 17m long (established by Allan Pinheiro), and “Sol Opressor,” which is a new line we created in the 45-50m range. Enjoy this week’s episode and keep your eyes out for more. The Monkeys have one more week in Brazil and we’re preparing for our biggest project yet!